As the year comes to a close, we saw a lot of different fitness fads that were either new this year or really took off. I am not saying these are good or bad, just trying to make light of the 2013 fitness fads. So if any of these comments offend you, please exit my blog- it's that simple. I'm guilty of several fads below so don't think you're Harriet the Spy and try to call me out.

Mud Runs- run in the mud, get electrocuted, pay $150, get extremely ill (tough mudders in michigan can relate), and this: "While deaths and life-threatening injuries are rare, other problems have occurred more frequently. At the West Virginia race, one woman drowned on an obstacle called Walk the Plank- 19 others were treated at a hospital for injuries ranging from heart attacks to electric shock to hypothermia".

Paleo- "which aisle can i find the wholly mammoth meat?"

Barefoot Running- great in theory, horrible in execution. why fix something if it isn't broken- if you're not experiencing body pains while running in shoes, there's literally no reason for you to barefoot.

Kettlebell Swings- If it were done as a slow, steady move, this would actually be a beneficial exercise. It would be a combo of a deadlift and front raise. However, instead of teaching it as such, trainers are instructing people to do kettlebell swings are a form of cardio.......... The good news? If you're an undecided college student, this ridiculous "exercise" is going to create a lot of new work for chiropractors and orthopedic surgeons.

No Carbs After 6pm- are you stupid? carbs can't tell time you morons. if you think you can't eat carbs at night, please just punch yourself in the face for the rest of us. " A commonly held belief in the fat loss arena is you should not eat carbs after 5-6pm because, by some magical, mystical, transmutative process, they suddenly become more fattening after this time than in the morning. Yea, right, and I have a buddy who looks like Brad Pitt during the day, but morphs into a Dick Cheney look-a-like the minute the clock strikes six.

Hump Day Motivation- aka i'm not a slut for posting my ass in a thong on wednesday, right?

Gym Selfies- please, move away from the mirror, i'm trying to put my dumbbells back

Clean Eating- there is no such thing as a clean food- ANY food in excess will cause weight gain. simple as that.

IIFYM- macros, macros, macros. it's bodybuilding's saving grace. or it's just science that's been around since the beginning of time. pick your poison

HIIT- aka basketball conditioning when i was in high school 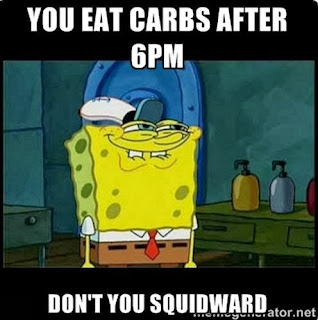 Or any cardio machine, for that matter, when it comes to the calories the machine is telling you have burned. It's not accurate, and here's why:

Body Size- If the machine does not ask for your body weight, most likely the calorie count will not be accurate. A 110lb person will burn less calories than a 150lb person, assuming they run on the same pace with the same duration.

Body Composition- Also consider that a person who has a high percentage of lean muscle will burn more calories than a person with less muscle- lean tissue is more metabolically active.

Workout Intensity- The higher the intensity, the more calories you will burn.

Technique- Your workout will be more effective if you swing your arms at your sides, instead of holding the bar. Handing onto the handrails will reduce the  number of calories burned by 40 to 50% if you are on a treadmill.

The Machine- Without good maintenance, machines may get out of calibration. So, the figures you see on the screen can be way out of the real range.

The Manufacturer- Even if everything stays the same, the amount may still be different depending on the manufacturer of the equipment. This different is possible because companies use their own formulas to calculate what an average person of a given size will burn at a given level of intensity.


THE BEST way to calculate your calories burned is by wearing a heart rate monitor with a chest strap while working out. 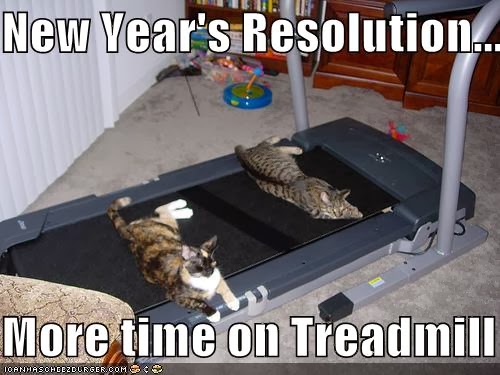 Mix together. Spray a small bread loaf tin. Bake at 350 for 7 minutes.

Topping is 1/4 scoop chocolate powder mixed with enough water to make a paste. 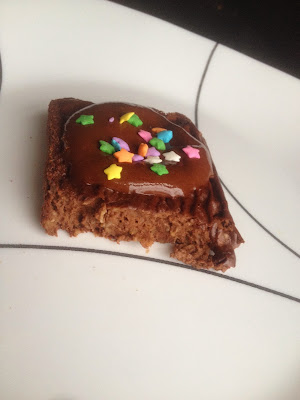 Before we go into this further, step away from the pastry if you are trying to cut or lose weight.

For my muscle gainers and maintainers- READ ON:

There are TWO times a day when your body needs simply carbs: first thing in the morning and after your workout.

Let's break it down, in the morning you are "coming off a fast" aka however long you slept the night before. So, at that time you want a simple carb source and a quick digesting protein source. But wait, if you plan to do morning cardio, skip the carbs and have a small protein shake. When you're done, have your carbs and protein.

After your workout! Eat that damn poptart people! This is CRITICAL as it starts the whole recovery/muscle growth process. Following a HARD workout, your body is severely depleted of glycogen and glucose.

During the workout, hard working muscles use glucose (usable energy) and glycogen (stored energy) for energy. There is a point at which blood glucose levels and glycogen levels get so low that intense exercise can't continue. AKA there isn't enough available energy for your muscles to use.

What happens next? Your body secretes cortisol which your body's stress hormone and it has very catabolic effects. Cortisol eats the muscle tissue that you have for protein and converts it into glucose. So the result is a loss of muscle tissue.

Please only follow this if you are lifting or doing HIIT and you are pushing yourself to the MAX. Do not think you need a poptart after lifting the pink 5 lb dumbbells for half a set and then dragging yourself on the elliptical and reading a magazine. 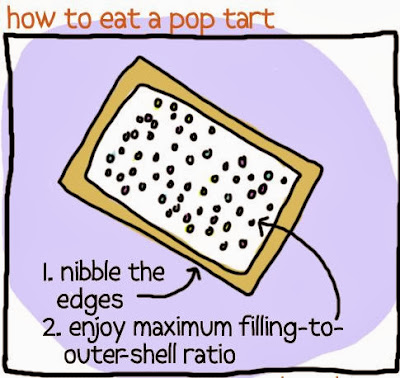