My off season so far has been magical, I couldn't think of a better adjective. It took about a week to shed the water weight that I put on from doing two shows back to back but now I am feeling full and strong. I am eating according to my macros and am lifting heavier than I ever have in my life.

On top of all of that good stuff, I am now officially a sponsored athlete. I am sponsored by House of Pain Apparel (https://houseofpain.com/) and I couldn't be more excited to be affiliated with such an amazing company! If anyone is interested, if you enter my code at checkout, you receive 10% off. My code is sarahbakian.

I also finished my first Ebook yesterday and am distributing it now! If you are interested, email me at sarahbakian@gmail.com.

I think that's all the updates for now! Stay tuned! 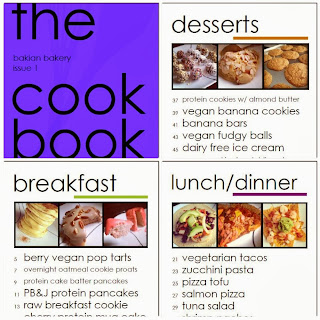 Top with your ice cream. 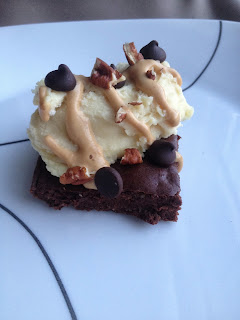 Mix together. Grease a loaf tin and tear apart 1 piece of Pepperidge Farm pumpkin spice bread. Fill the tin with the bread as the bottom layer and then pour your mixture on top. 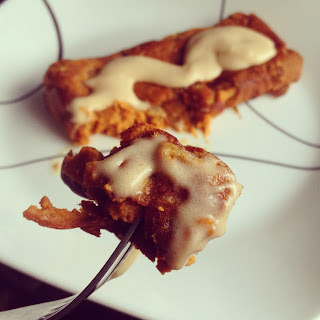 Mix together and pour into sprayed ramekin. Bake for 20 or until crispy. 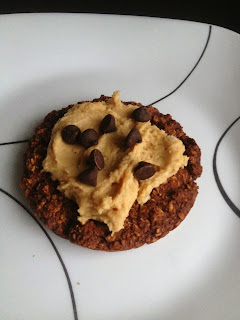 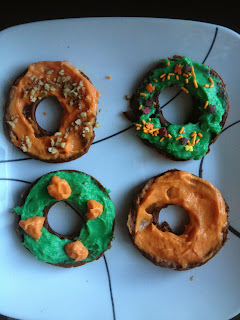 Top with pecans and raisins. 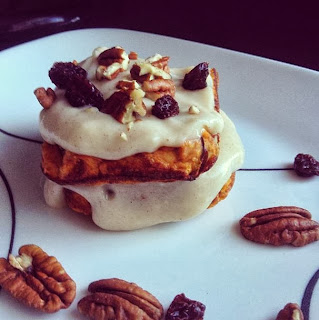 I apologize for the lack of posts the past few weeks, my final two shows back to back really took a toll on me. Anyways, I wanted to do an NPC Year 1 in Review to catch everyone up on what I've been doing since I started this journey.


The past almost 10 months have been one of the most challenging and rewarding times in my life. When I first started training in February, I thought I was going to be going at this alone. I was up in the morning on the treadmill doing cardio by my lonesome and lifting solo as my boyfriend was still in wrestling season. And then the best thing in the world happened. I met my best friend Chelsea. Mutual friends introduced us, our passion bonded us, and our experiences together made us best friends.

We went to the Arnold together and watched pre-judging of the IFBB bikini women. We sat in front of Jess Paxson's fiance and family and when she came out to see them before the show started, our brains all but melted when we saw her. We were hooked. We got to meet some amazing people at the Arnold including Jess, Bella Falconi, Brittany Shae (Bshae fit). and many others. It was then that Chels and I planned out the shows we were going to do together and training started up hardcore from there.

Jeremy, Chels, and I traveled to Lakewood to watch an NPC show. Again, we saw Jess Paxson and we were able to watch and learn during the bikini division. Next stop? Chels and I went to the Pittsburgh Pro for finals. Even more motivating!

My first show in May was a whirlwind. My tan didn't go on like we wanted. I was a block figure on stage. I woke up way too early. I had 26 girls in my height class. I blacked out on stage. And I took home 7th.

Thank goodness I had Chels at the next three shows. We painted each other, had meltdowns together, and luckily had each other to text and call when we wanted to give up. Ohio and Indiana judge the complete opposite from one another but getting the experience in two different states was beyond beneficial. I know that I could not have competed with my twin by my side and I can't wait for what next year and what the years to come will bring. I love my swolemate! In between our Dayton and Indiana shows, we were able to travel back down to Dayton to pose with our idol Jess!

I then got a super great idea (sarcasm) to end my season doing two shows back to back. Not a good idea. My natural show in Indiana went extremely well and I took home 4th place and a really cool sword. The week following was complete hell. My body was so burnt out from training and I got sick many times. I was extremely optimistic when I signed up for the two shows seven days apart and now I know to never do that again.

Through all of my shows, Jeremy was there to support me and be my boach (boyfriend/coach). He definitely has an eye for what I need to do to improve from my lifting to my posing to my tan to my hair. I couldn't ask for a better support system. And I want to share with everyone that I was not the nicest person in the world during peak week and I want to thank him especially for letting me take my anger, sadness, and frustrations out on him for six peak weeks this year. I love you babe.

It's now time to focus on the off season. Focus on adding muscle and size. And focus on re-feeding and re-dieting. I am beyond satisfied with this experience and how my first year in the NPC turned out. Below is my first show and my second to last show. Improvement is an understatement!! Stay tuned for more changes to come :) 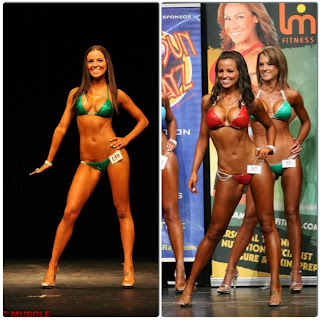